After a late night rehearsing their presentations, the three presenters from U of T; Vidhya Elango, Cal Janik-Jones, and Natalia Londoño, were ready to go. The day began at 8 in the morning when we all took (the very impressive) subway to the Museu da República (Museum of the Republic). Once there, we met with the presenters from UFRJ, Fabiana Alencar and Walter Alves. Soon after, the show began!

Cal took the stage first. He talked about V2 languages, and how there are various Brazilian indigenous languages that could fit this category and emphasised the need for more research on this topic. Fabiana was next. Her presentation presented the results of fieldwork conducted by her and her supervisor on loanwords in Kaingang. She told us how they analyzed the proportion of direct loanwords to endogenous creations, and some possible reasons for these results.

Natalia’s presentation followed, with a change on topic to numerals. She explained the audience how she analysed numerals in Kawaiwete. Her two-step analysis included a comparison of numerals in Kawaiwete to Kamaiurá, Tapirapé, Guaraní, and Nheengatu. This shed some light on how different strategies of numeral creation can emerge from languages of the same families. The second step was an analysis of Kawaiwete numerals only, this included a work on bases, etymology and numeral creation.

Vidhya’s presentation was about her upcoming fieldwork in Terra Indigena Serra da Lua in Roraima. She will be working with the Macuxi and Wapichana in the perception people have of the languages spoken there. She presented her questionnaire, and addressed how she would deal with the data collected and sort the information gathered.

Last but not least, Walter gave a very charismatic talk about numerals in Guató. He took on the brave task of doing his research on an extinct language, and trying to find out as much as possible about the use of numerals in Guató. From working with the consultors, to trying to find out what mysterious morphemes work, Walter took us on his research adventure and shed light on some very interesting facts about this language.

Once everybody presented, we were all relieved and ready to eat. We hoped on two taxis and went for lunch to Santa Teresa, an old-fashioned neighbourhood in Rio where we ate Brazilian food. From bobó to tapioca and aguaçu to graviola everybody enjoyed a decadent lunch and bonded over linguistics. 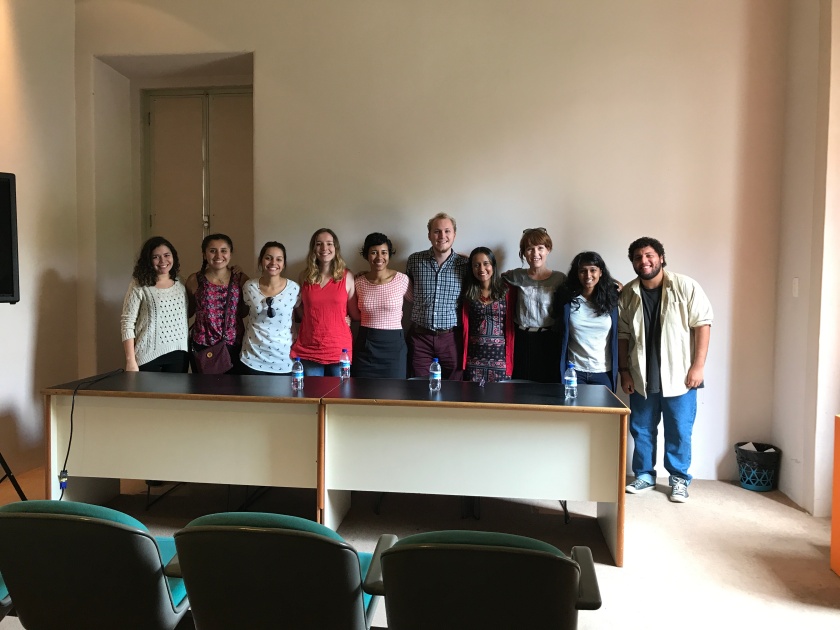 Once we were fed we went up a hill in the same neighbourhood (Santa Teresa) where we enjoyed a view of the city (Parque das Ruínas) and took some group pictures we our Brazilian colleagues. 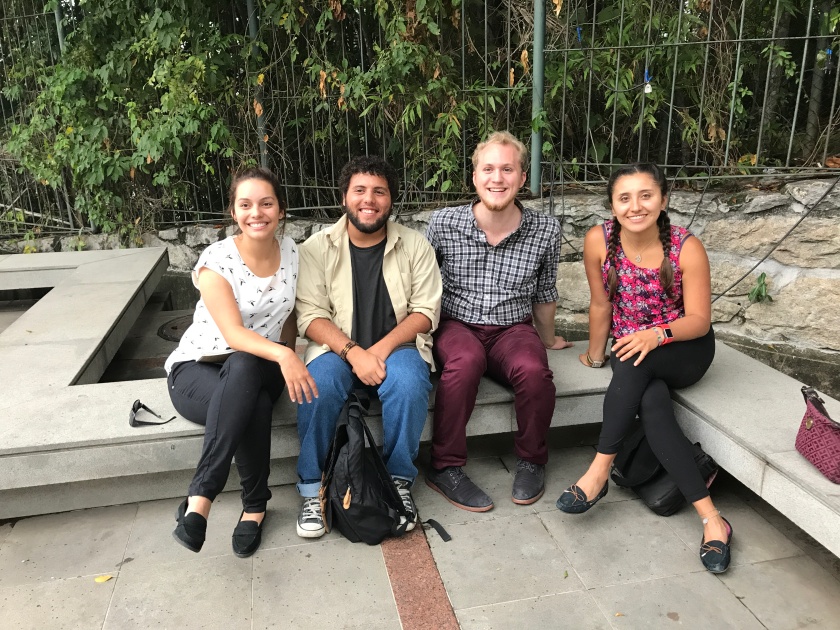